Scandinavian Biopharma announces that the first child has been vaccinated in The Gambia with the company’s ETEC vaccine candidate, ETVAX®. It is a randomised, placebo-controlled, and double-blind phase IIb study. The study will include about 5,000 children aged 6-23 months. The overall goal of the study is to investigate the protective effect against moderate to severe diarrhoea caused by ETEC over a 1- to 2-year period.

The Phase IIB study in The Gambia is co-financed by the EU Framework Programme for Research and Innovation, Horizon2020 through the organisation European and Developing Countries Clinical Trials Partnership Association (EDCTP) and the study is led by Principal Investigator Dr Hossain from MRC – Unit The Gambia at the London School of Hygiene and Tropical Medicine.

“It feels great that we are up and running. A big thanks to everyone who made this possible during the ongoing pandemic “, says Anna Hill who is Clinical Operations Manager for Scandinavian Biopharma.

Every year, more than 4 billion people in all age groups suffer from diarrhoeal disease. The worst affected are children under the age of five in low- and middle-income countries. Diarrhoeal diseases kill almost 600,000 children every year. This corresponds to about 9% of the world’s total infant mortality. Although the overall mortality rate from diarrhoeal disease has decreased since 2000, the incidence remains high. Although major improvements have been made to sanitation and water quality, development is progressing slowly. In total, diarrhoea is estimated to cause 306.5 million Disability-Adjusted Life Years (DALYs).

“Now we are approaching the goal of developing a vaccine that can really make a difference. It is especially important to improve children’s chances of winning the battle against life-threatening diarrhoea caused by ETEC”, says Björn Sjöstrand, CEO of Scandinavian Biopharma. 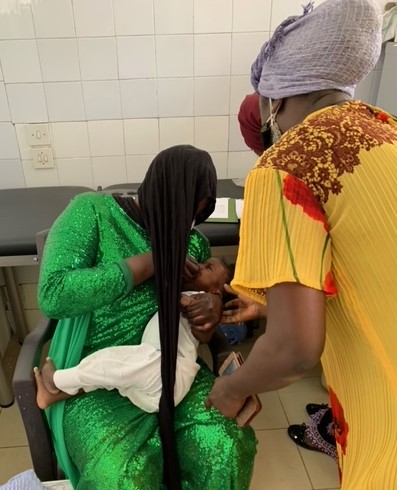