Promising preliminary findings from a Phase 2b study of the oral vaccine ETVAX® against travelers’ diarrhea in Finnish travelers to Benin, West Africa 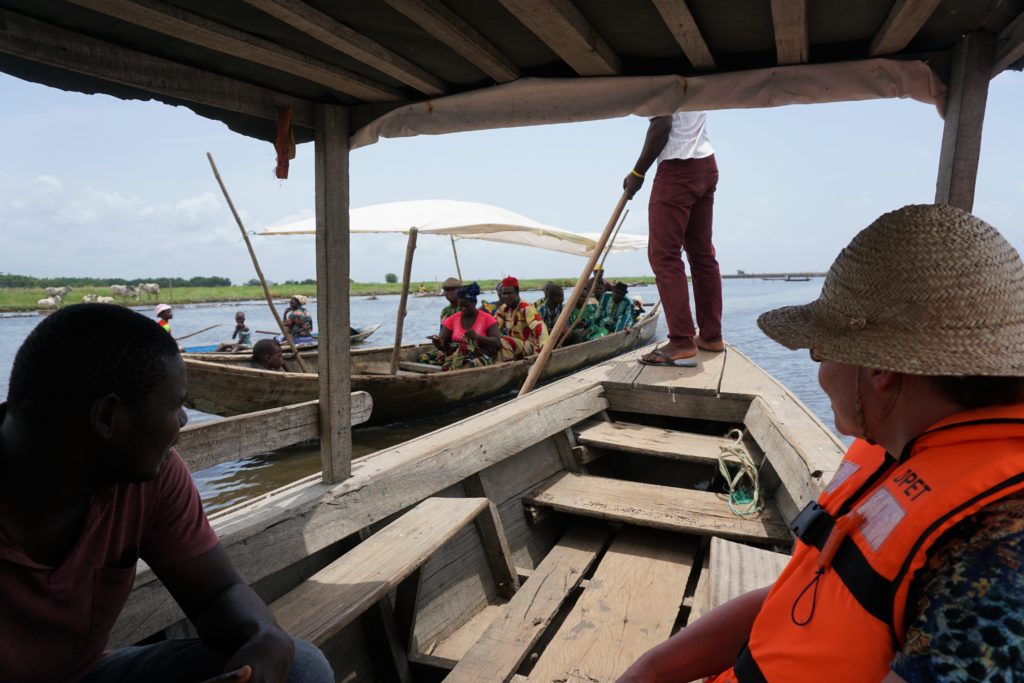 Today, Scandinavian Biopharma reports on encouraging new results from a Phase 2b study of the oral, inactivated vaccine candidate ETVAX® against enterotoxigenic Escherichia coli (ETEC), the most frequent cause of travelers’ diarrhea and enteric illness among infants and young children in low-resource settings. The trial enrolled adult volunteers from Finland who travelled to Grand Popo, Benin in West Africa after receiving ETVAX® combined with the double-mutant heat-labile toxin (dmLT) adjuvant or a placebo. The study results confirm the excellent safety and overall positive immunogenicity of ETVAX®, as well as a significant protective efficacy of 56% against all severe diarrhea, independent of pathogen. The overall results indicate that ETVAX® remains a strong ETEC vaccine candidate and warrants further clinical investigation.

Scandinavian Biopharma successfully conducted a randomized, double-blind, placebo-controlled Phase 2b trial (OEV-123) of ETVAX®, our oral dmLT-adjuvanted, inactivated multivalent whole cell + B-subunit vaccine candidate against diarrhea caused by ETEC bacteria. We enrolled 729 Finnish adult volunteers in the trial who traveled to Grand Popo, Benin in West Africa for a period of 12 days on site. The disease surveillance period also included their first week back in Finland. Volunteers (18 to 65 years old) were enrolled and vaccinated in Finland. They were given two doses of the study vaccine or placebo two weeks apart. Travel to the site in Benin was within 7 to 30 days after the last vaccination. To measure vaccine responses, blood and fecal samples were collected prior to vaccination and five to six days after the second dose. Additional blood and stools were taken mainly for exploratory microbiology and immunology endpoints before and after traveling to Benin. The trial’s principal investigator was Professor Anu Kantele, University of Helsinki, Finland.

The primary objectives of the study were safety, immunogenicity, and comparison of diagnostic methods.

The safety of the vaccine candidate was excellent. ETVAX® was safe and well tolerated. No statistical differences in adverse events were seen when comparing vaccine recipients to placebo recipients.

Overall vaccine immunogenicity was good, with most subjects mounting strong IgA and IgG serum antibody responses to the indicator antigen for vaccine take, LTB (the B-subunit of ETEC heat-labile enterotoxin). The overall median magnitude of the IgA response was 33-fold; however, the overall vaccine take rate (defined as ≥4-fold IgA response to LTB) was lower than expected based on prior studies, 76% versus the 90% seen previously among Swedish adults [1]. The reduced response rate was restricted to cohorts vaccinated during a certain period (P=0.0015 for proportion of non-responders for that period compared to the overall study period) suggesting that the dosing  procedure used for mixing dmLT and vaccine in that period was inconsistent and merits further investigation and standardization.

The third primary objective was the comparison of classical diagnostic tools (culture) with new Polymerase Chain Reaction (PCR) methods designed to measure pathogens directly in fecal samples. Our preliminary comparison indicates an overall agreement between the methods. However, in the highly infectious environment of Benin, the PCR methods (applied on whole stools) often showed multiple diarrheal E. coli types (e.g., EAEC, EPEC, ETEC, EIEC) while the culture and isolation of six individual E. coli colonies from the same sample usually yielded only a single E. coli predominating type. Therefore, PCR seems to be less effective than culture of individual colonies for distinguishing which E. coli type prevails. In addition, culture is the only way to identify mixed ETEC infections, i.e., those with two or more strains each producing different toxins and colonization factors (CF), which is of particular importance for assessing vaccine efficacy.

A secondary objective of the study was evaluation of protective efficacy (PE) against vaccine-preventable outcome (VPO). Our goal of 70% PE was not met. The attack rate of diarrhea was higher than expected based on experience from previous travelers’ diarrhea (TD) studies, suggesting an exceptionally heavy burden of infection with enteric pathogens in Benin. Overall, 61% of the volunteers experienced diarrhea (according to the classical TD definition), and moderate-to-severe diarrhea (≥4 loose stools/24 hours and at least one additional symptom) was found in 56% of all volunteers, of whom approximately 60% provided at least one ETEC-positive fecal sample. The contribution of ETEC to the diarrheal pathogen burden was even more evident when more severe cases (≥16 loose stools/24 hours) were considered; 75% of the pathogens associated with these episodes were ETEC, highlighting its importance as a cause of severe TD. The toxin profiles of all ETEC isolates from diarrheal stools were: LT only 34%, LT/ST 32%, and ST only 34%.

Despite the higher than expected TD attack rate and severity of ETEC-associated disease, ETVAX® provided significant protection. The PE against moderate-to-severe disease among vaccine responders (≥4-fold seroconversion to LTB) against any ETEC, and allowing for concomitant presence of EAEC, EPEC, EIEC/Shigella, Salmonella sp., Campylobacter sp., and parasites, was 52% (p=0.006; 95% CI=18-72%), representing 25% of all TD. When disregarding vaccine immune response, the protection remained significant (PE=41%, p=0.02; 95% CI=7-63%). Mixed infection with ETEC of another toxin and/or CF phenotype proved surprisingly common (18% of VPO ETEC cases) and decreased the measured protective capacity slightly. Overall, the PE against diarrhea of any cause (including viral pathogens) affecting daily activities increased progressively with increasing severity of disease, so that among vaccine responders with ≥16 loose stools in 24 hours the PE was 56% (p=0.025, CI= 9-83%) and disregarding the vaccine immune response it was 43% (p=0.05). This represents 22% of all TD. Consistent with this, antibiotic or antisecretory drug treatment was given to significantly fewer vaccine responders than to placebo recipients (p=0.03), indicating that ETVAX® reduced the severity of enteric illness in the few breakthrough cases that occurred.

In addition to demonstrating safety in Swedish adults (OEV-121, OEV-121A [2]) and Finnish travelers (OEV-123), as mentioned above, ETVAX® has also shown an excellent safety profile in pediatric populations in Bangladesh (OEV-122 [3]) and most recently in Zambia (OEV-124).

Support for the Pediatric Indication for ETVAX®

Due to the fact that ETEC remains a significant contributor to diarrheal disease burden in children of low- and middle-income countries (LMICs), we are conducting studies among these pediatric populations in parallel to the travelers’ studies with support from the European and Developing Countries Clinical Trials Partnership (EDCTP) for clinical and laboratory studies and the United Kingdom’s Department of International Development (DFID) for vaccine manufacture. Presently, we are conducting an immunogenicity trial in Zambian children evaluating 1/4 or 1/8 dose in a three-dose schedule. This is in preparation for a Phase 2b efficacy trial in Gambian children scheduled to start in September 2020. Preliminary data from the Zambian trial (OEV-124) show promising immunogenicity data for key toxoid and colonization factor antigens in the vaccine. The results from the OEV-123 trial described here support our pediatric program, which will continue as planned with the Gambian study and followed by a pivotal Phase 3 efficacy trial in Zambian children with an all-in-one formulation. This study is also funded by EDCTP and is planned to start the first quarter of 2022. The good immunogenicity observed to date in Zambia and previously in the Bangladesh study (OEV-122) using fractional doses of the vaccine and lower concentrations of the dmLT adjuvant suggests a very favorable cost of goods estimate for ultimately making ETVAX® available for use in LMICs settings following licensure and prequalification by the World Health Organization.

These results confirm the excellent safety and overall positive immunogenicity of ETVAX®. While not reaching our protective efficacy goal of 70%, we are pleased to see a significant protective efficacy (PE = 56%) against all severe diarrhea, regardless of pathogen, most likely because ETEC was found in 75% of all severe diarrhea cases. The broad significant protective efficacy (52%) seen against all ETEC and bacterial co-pathogens and parasites despite the very high overall presence of bacterial enteropathogens is a strong indication that the point-estimate in a cohort with less co-pathogens could be considerably higher.

Our results confirm that we have a strong ETEC vaccine candidate for both the travelers’ indication and the pediatric population in LMICs. The protective efficacy seen against ETEC strains prevalent in Benin, West Africa makes it more likely that ETVAX® will also impact ETEC disease incidence and severity in the pending efficacy study in The Gambia.  Ongoing formulation work will address the apparent challenge of achieving consistent dosing experienced in the Benin study, and we plan to conduct Phase 3 studies with a final vaccine formulation. 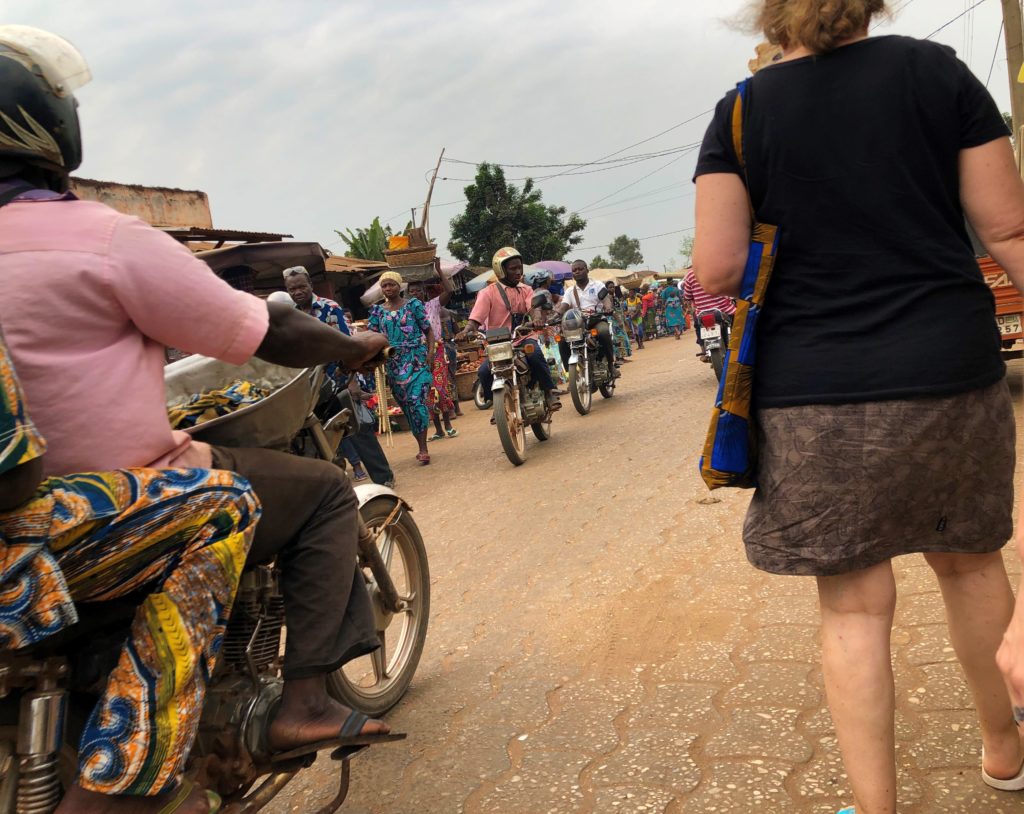 Scandinavian Biopharma is developing, together with researchers at the University of Gothenburg and the international nonprofit organization PATH, a new oral ETEC vaccine for use in both travelers and infants and young children in LMICs who continue to be at high risk for infection and severe illness from this bacterial enteric pathogen. The programs are mainly funded by the European Union’s (EU) Research and Innovation Framework Program, Horizon 2020 through the EDCTP organization, DFID, and SME Instruments supporting innovative SMEs in the health care biotechnology sector.

ETVAX® is the only ETEC vaccine candidate in late-stage development. The strong immunogenicity and safety data, as well as the early field efficacy seen in Benin clearly distinguish ETVAX® from other vaccine candidates that are under development against ETEC-induced diarrhea. Successful development of this vaccine will address an unmet medical need of children in LMICs as well as in travelers. Currently, there is no ETEC vaccine available on the market for use in either children or travelers.

We are a research-based specialty biopharma company determined to give people worldwide a longer and better life. We are developing the first vaccine for protection against diarrhea caused by ETEC in both travelers and endemic populations. We distribute a wide range of specialty biopharma products with focus on vaccines and immunoglobulins.